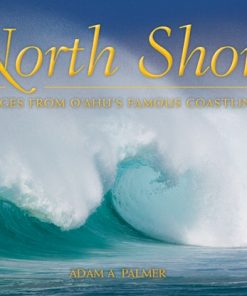 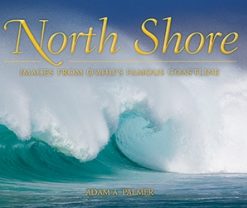 O‘ahu’s world-renowned North Shore, home to 18,000 residents, attracts more than two million people each year from all across the globe. Located along a strip of rural coastline, it was originally a remote and unknown royal playground. Even with Benjamin Dillingham’s opulent Hale‘iwa Hotel opening in August of 1899, and the construction of Kamehameha Highway making the area accessible to the sugar industry in the 1920s, it remained a sleepy, sparsely populated rural outpost.

Then came the discovery—California surfers finding Waimea’s big waves, the Beach Boys’ “Surfing USA,” the documentary “Endless Summer” and Hollywood’s growing interest from the little screen to the big screen.

Today, the North Shore is a surfing mecca whose huge waves attract the world’s best surfers. Even with the inflow of people and surf competitions, the area is still rural, the beaches gorgeous, and the waves big.

All the charm, beauty, and rustic feeling of this special Hawai‘i playground are captured through the lens of North Shore resident and photographer Adam A. Palmer who grew up along its shore and among its many unique residents and visitors.

Raised in La‘ie, Adam A. Palmer has been roaming the beaches of O‘ahu’s North Shore for over two decades. After graduating with a Bachelor of Fine Arts in photography, Palmer lived and photographed various places, including New York, Japan, Utah, and California. Eventually, lured by memories of O‘ahu’s beaches and waterfalls, he returned to Hawai‘i to stay. His fine art is sold on his website: www.adamapalmer.com

Will Hoover is an award-winning journalist and songwriter who was the North Shore beat reporter for The Honolulu Advertiser covering everything from surf contests to sign controversies to the search for elusive sunrise seashells.