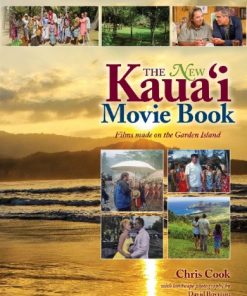 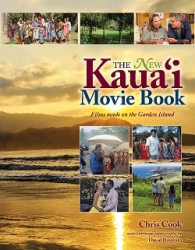 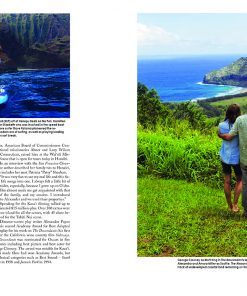 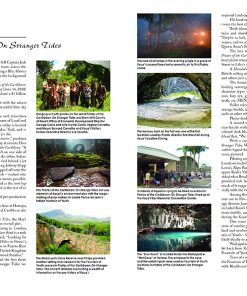 It’s not just visitors who have come in droves to experience Kaua‘i’s scenic beauty, natural wonders, and sense of mystery. Hollywood knew Kaua‘i’s secrets long before the Garden Isle became a destination for travelers from around the globe.

The New Kaua‘i Movie Book includes films made since the book’s original release in 1996 such as The Descendants, a film acclaimed as the most authentic movie about Hawai‘i ever made; Pirates of the Caribbean—On Stranger Tides; Soul Surfer, the story of Kaua‘i shark attack survivor Bethany Hamilton; and Ben Stiller’s Tropic Thunder. It documents Hollywood’s almost century-long love affair with Kaua‘i integrating rare movie stills of casts, crews, and sets, along with the breathtaking color imagery of locations by renowned island landscape photographer David Boynton.

Readers are able to trace the location of almost every major Hollywood feature filmed on the island. It is also filled with detailed information about film making on Kaua‘i. There is a concise history of surfing movies, a look at documentary filmmaking in the island’s native forests, and accounts of Japanese film companies. There is a driving guide to movie locations, a two-page film location map, a comprehensive compendium of feature films ever made on the island, and a list of Kaua‘i-made movies available on DVD and download.