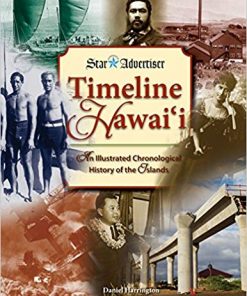 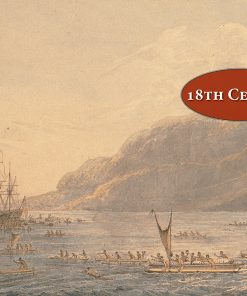 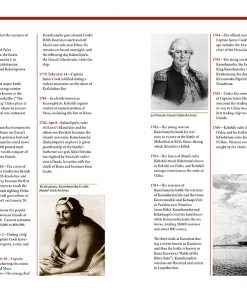 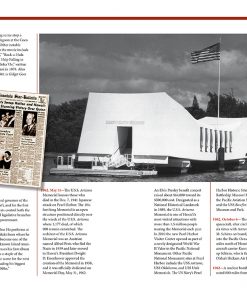 This highly illustrated timeline, with over 300 photographs, moves readers through the history of Hawaiian Islands, telling a story point by point until a fuller picture emerges.

Of all the states in the Union, Hawaii has undoubtedly the most interesting history. It is the only state that was once a kingdom ruled by kings and a queen, the only state attacked in a world war, the only state settled predominately by non-Europeans and the only state that simultaneously had a saint, poet laureate, and president born or who had spent part of their lives living in the Islands. Not surprisingly Hawaii’s history has an amazing and dramatic number of events and personages.

Hawaii’s history records a bewildering number of social, cultural, and political upheavals. In less than two centuries, the Islands experienced: civil wars leading to a unified monarchy; the arrival of American missionaries; the erosion of its traditional culture; the rapid decline of the native population due to the influx of Western diseases for which they had no immunity; immigration of Asians to work in the rapidly developing sugar industry made possible by new land ownership laws; the overthrow of the monarchy; annexation by the United States; the 1941 Pearl Harbor surprise attack; statehood; and the Hawaiian renaissance and sovereignty movements.

Integrating a chronological text and vignettes with historic images of yesteryear, Timeline Hawaii: An Illustrated Chronological History of the Islands reviews the ebbs and flows of Hawaiian history covering the major players and events. Over 300 carefully selected photographs from public and private archives capture movements and people from Hawaii’s rich history. Each image serves as a time portal through which yesteryear can be viewed.

The visual chronology begins with the ancient Polynesian explorers—Hawaii’s first settlers—sailing across the ocean on their double-hulled canoes. Stunning portraits and compelling biographies provide a guide to the Hawaiian monarchy from Kamehameha the Great to the dignified Queen Liliuokalani, Hawaii’s last monarch, as well as the beautiful and tragic Princess Kaiulani. Archival images portray Asian settlers and American missionaries, and capture Honolulu before steel and glass structures dominated the skyline, when much of the city’s land was still lush and rural. National archival photos show World War II while photojournalism and news headlines illustrate the last thirty years’ events awaiting analysis by historians.

For history buffs, Timeline Hawaii offers a quick synopsis; for students, a valuable reference; for those wanting to learn about Hawaii’s history, the ideal place to start; and for locals living here and visitors to the Islands, a highly informative, readable portrait of the Islands. A six-page index makes for easy finding of topics. Mini chronologies on important subjects provide detailed information. There is also a list of major battles in pre-contact Hawaii and descriptions of each monarch.